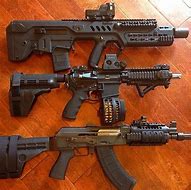 The tragedy of mass shootings in our country and the lack of action to stop them is sickening. I must take a stand.

The Irish revolutionaries in the early 1900s had great difficulty obtaining the necessary weapons to successfully wage a liberating war against the oppressive British. As a result the Easter Rising was a martyrdom to motivate the Irish population to rebel. Presumably we don’t need a liberating revolution at this point in the USA.

After our own successful revolution against the English we created a Bill of Rights in 1791 that included the second amendment, the right to bear arms. This is an important law. Every one of our law abiding and sane citizens should have the right to defend themselves under justified circumstances. In those days of pioneering expansion in often lawless parts of our country with wild animals, it was imperative to have a gun and to know how to use it. Having a gun was essential in many cases for survival.

In 1791 the flintlock musket fire rate with an experienced soldier was 20 seconds.

Now with a bump stock, AR-15s, which the NRA calls the American Rifle can fire 180 rounds in 20 seconds (data from the Las Vegas shooting where 58 citizens died). Surely citizens can protect themselves with less than a semi-automatic weapon.

It appears that we don’t know how many weapons are out there in the USA. Some estimates indicate as many as 200 million firearms in the hands of 80 million gun owners. I have seen estimates for the AR-15 that show the growth from 700 thousand or so in 2008, 2.5 million in 2010, 3.75 million in 2013 to 10-12 million in 2017. Of course this is just a guess because the proliferation of this assault/sport/target shooting weapon is not accurately controlled or recorded. This in and of itself is troubling.

Obviously the escalating mass shooting evil in the United States of America is as much a mental health travesty as it is a proliferation of military capable guns. This terrible phenomenon in this magnitude is unique to our country as far as I know.

On the one hand, our government, under the intense lobbying and financial assistance of the NRA has been pushing the mental health side of this equation. On the other hand the government’s budget planning wants to cut Medicaid which pays for much of the mental health care in our country. So actions don’t match words.

Our President says that banning assault weapons in the hands of our citizens will not suppress the violence. Instead we should arm the teachers, and I presume the security police at social events like the Las Vegas music venue, the security guards at malls, etc. This is another example of trying to create the Divided States of America, and would be an insane threat to our country and our citizens in my humble opinion. The more our government pushes a win-lose divisive mentality, the more permission it gives for violence in all forms.

The National Firearms Amnesty Act in Australia in 1996 has been successful in drastically reducing deaths from firearms including suicides. Since that law was enacted there have been no mass shootings in that country. The law, which was not universally welcomed by some citizens, was passed because of several mass shootings before that time in Australia. It was a country, like our own, that grew up in the 1700s and 1800s with territory expansion in a hostile environment, thereby necessitating weapons for self-defense and food. This 1996 law did not eliminate guns, yet it better controls them and offers an annual buy back program.

There have been several reputable studies conducted to compare the Australian experience to our own, which confirm the benefit of stricter controls.

By the way, the 1994-2004 Federal Assault Weapons Ban in our country resulted in fewer deaths while it was in existence.

I come from Canada originally where tighter gun controls are successfully in force and where mental health resources seem to be more readily available and implemented. I am not against guns per se. I was in charge of a rifle range and was an avid target shooting sportsman.

More guns and armed personnel are not the answer. Stronger controls and restrictions including banning bump stocks, stronger background checks, registration, safety course and storage lockup requirements, and a buy back amnesty program for assault weapons should be implemented.

The students are right. They are the adults in the room. Let’s finally follow their lead. They are our future and we can’t let any more of them be murdered in their classrooms.

It has been a while since I last posted. I have been consumed with the completion of my third novel in my five novel series The Irish Clans, titled Rising about the Irish Easter Rising of 1916. It is with the editors and will be published within the next three months. I have also been working on Book Four, titled Revolution. I am fifteen chapters into the creation of that novel.