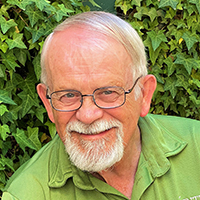 I have been remiss in not updating you more frequently on the progress in my Irish Clans Writing journey. I have been very busy trying to balance writing, supporting my publisher and trying to learn the self-marketing business. Oh, and there’s the matter of living my life with my family! From now on I will be writing a post at least every week.

There has been much progress.

I found out that the advice I received from publishers at the San Francisco Writers Conference last February was sound. They recommended cutting Searchers Book One in half to get it down to 100,000 words. I didn’t heed that advice and that novel is 190,000 words. So what, you ask?

Well, it turns out that the print book cost either from a local printer or print on demand results in a need to price the book higher than I would like. Of course if I were printing a million copies like Norah Roberts for example, the economics would be much more favorable. Also the distribution cost of a 1.6 pound book is high, particularly for international shipments. And some of my readers would like to share Searchers with their book clubs but a ~600 page book is daunting for a quick read.

That’s when I went to my local bookstore and started counting pages and words for popular paperback authors. Lo and behold, 100,000 words give or take.

I decided that until I become as famous as James Michener I had better limit my novels to . . . you guessed it, 100,000 words give or take.

On the writing end, Book Two, as I previously wrote in my last blog, took a new turn at its outset, resulting in a book which is too many pages. So I have split it in two.

Book Two will now be entitled Entente, The Irish Clans Book Two and will take Morgan and Tadgh up to the point of the start of the Easter Rising in 1916 . . . if they survive that long, that is. A preliminary concept for the front cover is shown here. The artwork still has to be painted. I’ll tell you about that next time. This novel relates to the potential alliance or entente between Germany, immersed in World War 1, and Ireland.

Rising will now be Book Three. This means that the Irish Clans series will be at least five novels and potentially more. I know that you will love these next two novels at least as much as Searchers and likely more as Morgan, Tadgh, Collin, Kathy and the Finlays characters grow and struggle through their intertwined life adventures and romances.

Entente is in final editing now and should be published no later than March 2017. Rising is written and will be heading into detailed editing by year end. I am excited about fulfilling my life’s goal of writing this adventure/romance series.

It would be appreciated if any of you who have read Searchers would be so kind as to review it on amazon.com. I did get a very favorable Kirkus review a month ago.

“… Archer has created colorful, sympathetic characters, all striving for better lives. He packs this dense volume with pungent details. . . he leaves the characters adrift at the book’s end (literally, in two cases), with the reader wanting more. But throughout, the author takes what could have been dry genealogical research and skillfully converts it into a layered historical drama. An engrossing beginning of what promises to be an involving generational saga about Irish immigrants.”

It’s been a stressful summer and fall here in the USA, but we still have much to be thankful for. So I wish you all a wonderful Thanksgiving with your families and friends.

Back to the editing. Then I’ll be back to you shortly.