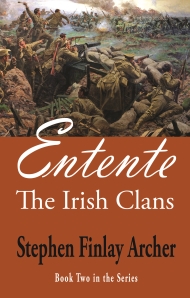 The mysteries of an ancient Clans Pact deepen beneath the horrors of WWI as Irish Rebels march toward revolution in Entente, the second book in the series.