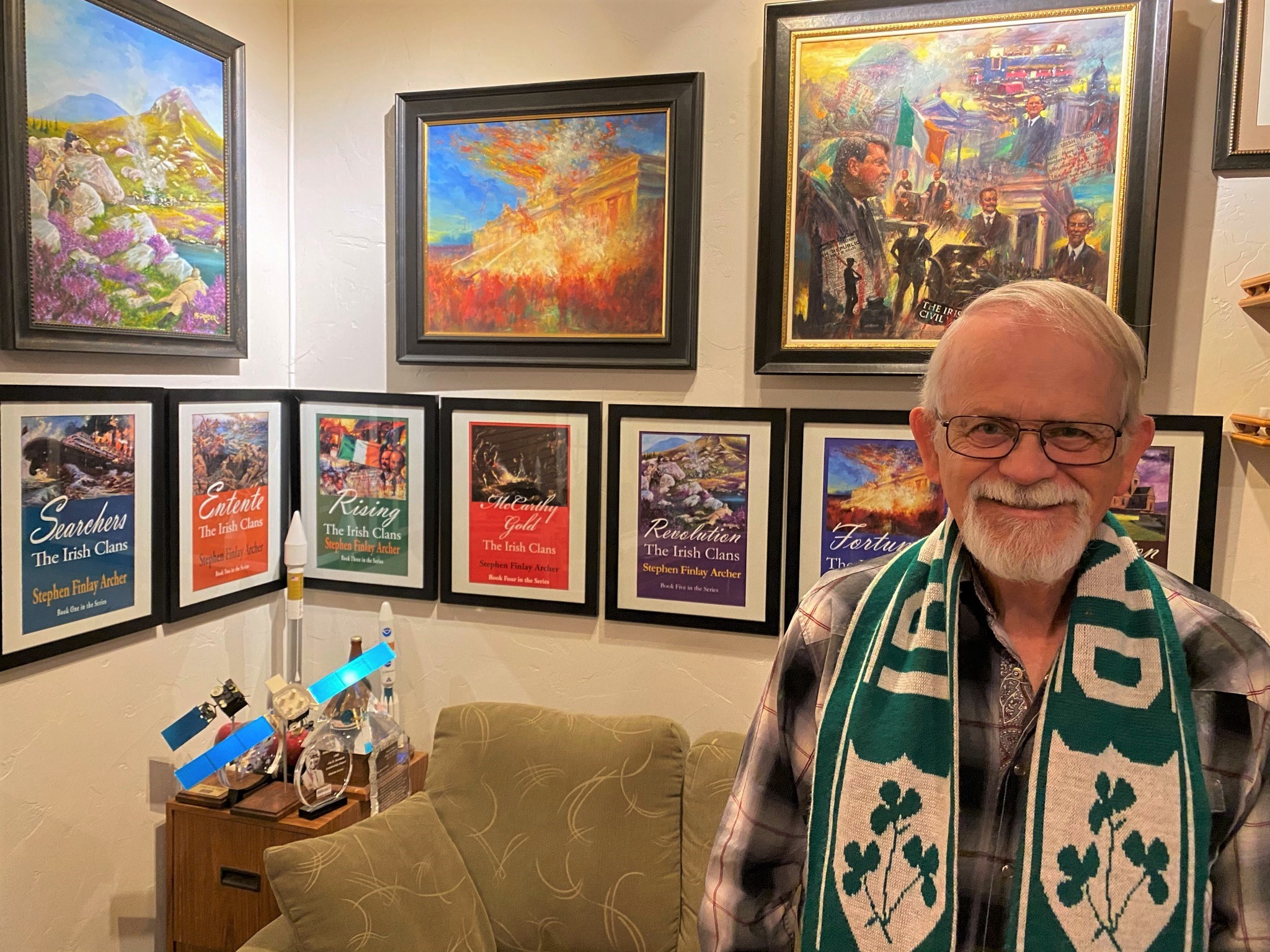 It is also a personal portrayal since the fictitious story involves his own ancestral family as they are drawn into the conflict of their Irish homeland, in his birthplace of Toronto, Canada.

Archer lives in Northern California with his wife Kathy. He is a member of Writers Unlimited in California Goldrush Country and the North American and Irish branches of the Historical Novel Society. Before his retirement, he was an Aerospace Manager directing large-scale, delivery-in orbit, satellite systems for the U.S. Navy and NASA/NOAA.

His weekly blog may be found here and his books are available on Amazon.com.

Stephen can be reached through the contact form here.