I loved English composition and appreciation classes when I was a lad in high school, finding the nuances of poetry writing, with its meter and rhyme, fascinating. I marveled at the breadth and depth of the Shakespearean sonnets and plays, as an example, and Wordsworth was my favorite.

I could have gone on to English Language and Literature in college with a scholarship. But I chose Aerospace Engineering instead and became a satellite system designer, builder and launcher. That was challenging fun for thirty seven years, where I met, fell in love and married my wonderful wife Kathy. For that I am eternally grateful.

When I retired, I decided to return to my love of literature, to try my hand at writing. Kathy instantly became my muse, my inspiration. After all, for our twenty-fifth wedding anniversary, she had made me a hundred page anthology of all the poems I had written to her and about others during my aerospace days.

I had no idea what I wanted to write about. So I took two writing classes with the Long Ridge Writers Group in Connecticut (www.longridgewritersgroup.com), short stories and then novel writing. They are a fine teaching and mentoring institution, so over two years of learning and writing through correspondence with my excellent mentor Lynne Smith, I began to understand the complex art of becoming an author. As I have said on many occasions since then, “rocket science does not hold a candle to the challenges of being an author”. I should know.

The first assignment they gave me as a student was to write a 500 word description of someone in my family that I greatly admired. I had just spent a year in collecting images of my grandfather, Samuel Finlay’s paintings. I had found 267 of them out of his 400.

I chose him. You see, Sam was an Irish lad who had studied art in Dublin and London before emigrating to Canada in 1909 to chase after the love of his life, Elizabeth Hefferon, whose parents had emigrated a year earlier.  Sam first became an artist for the Toronto Evening Telegram newspaper before settling into a teaching career, eventually becoming the beloved Art Director at Northern Vocational School in that same city. Unfortunately, I never met grandpa Sam since he died prematurely in 1939, six years before I was born. 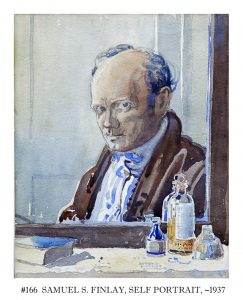 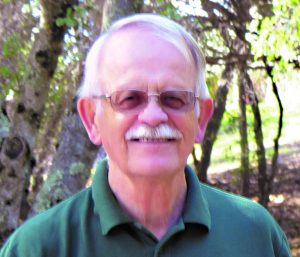 Perhaps you can see a similarity between the true artist Samuel Finlay and the aspiring author Stephen Finlay Archer, now that my hairline is fast receding. As it turns out, we even parted our hair on the same side. We’re both Irish, through and through. I like to think that, through my loving and forever giving Mother Dorothy, or one year old Dot in my novel Searchers, I learned to be as fair, loving and just a person as I am told Samuel was.

The school loved my description and asked me to write a short fictitious story about Sam. That became Warehouse Fires, the opening Canadian chapter in my first novel, Searchers in The Irish Clans series. At the time I had no idea that I wanted to write novels.

By the time that I had finished the novel course where you were supposed to create the first six chapters of a novel, I had written 52 chapters of The Irish Clans. Thus it began, with a young, fictitious waif Collin in a burning warehouse, spreading like wild-fire into the epic tale of historic adventure and romance from the time of the Clans in Ireland through the inspirational and valiant struggle for independence during the Irish revolution in the early 1900s.

It is strange and wonderful how life comes full circle if you give it a chance. This labor of love is an historical fiction romance and adventure first, yet an important memoir second.

I hope, in some way, that my writing honors my maternal grandfather, Samuel Stevenson Finlay, my grandma Lil and their wonderful daughter Dot. They deserve it.