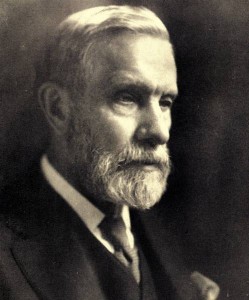 In Weekly Bog #11 I wrote briefly about one of the key members of the Cuba 5 group who emigrated to America after being released from jail, namely John Devoy.

Devoy was a prime reason that the Clan na Gael was established and thrived in the USA. Without them the Irish revolution of 1916-1923 could not have taken place.

John was born in 1842, just before the Great Hunger in an Irish farming family. He knew the severe hardships of the 1840-1850s. He spent a year in the French Foreign Legion in 1861 fighting in Algeria before returning to Ireland as a Fenian organizer.

As a member of the clandestine Irish Republican Brotherhood (IRB), he championed an uprising in 1866 that its leader James Stephens opposed. The British had informers and Devoy was incarcerated for treason to the Crown.

In 1871 he, along with O’Donovan Rossa and others were released and exiled from Ireland. When he arrived in the USA he was welcomed by the House of Representatives.

John established himself as a journalist, first with the New York Herald, a leading non-partisan newspaper, and then as owner and editor of the Irish Catholic partisan weekly newspaper “The Gaelic American” which he founded in 1903 and ran until his death in 1928. This gave him the Irish independence voice needed to garner a following and finances in America.

After assuming the leadership role in the Clan na Gael, which I discussed in Blog #11, he aligned that organization with the IRB and took charge of funding it with money raised from Irish American supporters.

When it appeared that Europe would be plunged into WWI in 1914, John saw the opportunity at last for his Irish countrymen and women to fight for independence while Britain was occupied on the continent in an all-consumed fight to the death. Clearly, Ireland’s ally should be Germany. He solicited help from the German Foreign Minister in the USA, Count Johann Heinrich von Bernstorff who supported and championed his proposal.

Germany would provide armament, soldiers and officers paid for by the Clan na Gael to assist Irish patriots in rising up against Britain. This would provide yet another Front in the great war that Britain would have to fight, thereby diluting their efforts in Belgium, France and elsewhere. After a successful war, Germany would recognize Ireland’s sovereignty.

I will provide separate blogs in due course about that campaign and its impact on the 1916 Easter Rising in Ireland.

Devoy led the Clan na Gael in the establishment of the Friends of Irish Freedom organization who supported President Woodrow Wilson’s efforts to keep the USA out of WWI before 1917.

After the Easter Rising, Devoy felt that Michael Collin was a stronger leader in the War of Independence than the de facto Irish President American-born Eamon de Valera. He therefore supported the 1921 Anglo-Irish Treaty at the end of that war.

When John died of natural causes in 1928 he was returned to his beloved Ireland and given a hero’s funeral at the Fenian Glasnevin Cemetery outside Dublin in 1929.

Through his greater than 60 years of commitment to the cause of Irish independence from Britain, Devoy was unique in having been a involved in the 1867 Fenian Rising planning while in Ireland, and the 1916 Easter Rising and the 1919-1921 War of Independence from his leadership post with the Clan na Gael in New York.

Padraig Pearse, the intellectual leader of the Easter Rising who visited Devoy in New York in 1914 called him “the greatest Fenian of them all.”

More about John Devoy can be found in the informative book, “Irish Rebel” by Terry Golway.