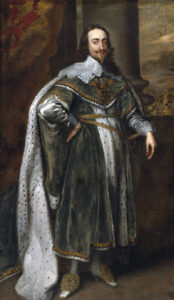 The last few blogs have dealt with the conquest of the Irish Clans and Gaelic way of life by the English in the period 1580 to 1610. With the British victory at the Battle of Kinsale in 1602 and the flight of the Gaelic Earls (O’Donnell and O’Neill) to Catholic continental Europe in 1607, the conquest was complete. The takeover of Irish lands by the victors, and the stamping out of Catholic and Gaelic Brehon laws, institutions and ways of life was cruel and painful.

But were the Catholic Irish completely and forever vanquished? Not on your life!

The first major rebellion against oppressive English rule came with the Irish Confederate Wars, otherwise called the Eleven Years War from 1641 to 1653. In the next few blogs, we will examine this prolonged uprising which was integral with upheavals in England itself. This intense conflict was the most destructive conflict in Irish history resulting in between two and six hundred thousand deaths due to war and related famine and disease.

This Irish war was initiated during the British Isles, England, Scotland, and Ireland War of the Three Kingdoms. This English driven war, at its heart, was the war to determine the Divine Rights of Kings versus the power of the governing government. Charles I was the king of England. As with later rebellions in Ireland, the timing of the Irish rebellion was coincident with the perceived distraction of the English due to their other conflicts in the world. In this case it was the inner turmoil within England and Scotland itself.

Charles was at odds with his English parliament from the outset of his ascension to the throne from James I in 1625. He governed by his own conscience, levying taxes without parliamentary consent. His actions were those of a tyrannical absolute monarch. When he married Catholic Bourbon princess Henrietta Maria of France in the same year, he created a further religious rift with his Protestant parliament.

When Charles failed to support the continental Protestants during the Thirty Years War (1618 – 1645) between the Habsburgs in Austria and Spain, and the French Catholic House of Bourbon, which killed over five million people, his monarchy became even more problematic.

His efforts to force the Church of Scotland to adopt high Anglican practices (an attempted bridge between Protestant and Catholic religious beliefs and practices) led to the Bishop’s Wars, strengthened the position of the English and Scottish parliaments, and helped precipitate Charles’ own downfall.

From 1642, Charles fought the armies of his own English and Scottish Parliaments in the English Civil War. He was defeated in 1645 and surrendered to a Scottish force that eventually turned him over to the English “Long Parliament”. When he refused to accept demands for a constitutional monarchy, he temporarily escaped captivity in 1647. He forged an alliance with Scotland but was recaptured by the English Parliamentarian New Model Army under Oliver Cromwell in 1648. Charles was tried, convicted, and beheaded for high treason in January 1649. The monarchy was abolished, and the Commonwealth of England was established as a republic.

It is during this turmoil that the Irish Confederate Wars which we will discuss in upcoming blogs erupted and ensued.

Just note that the English Monarchy was restored to Charles I’s son, Charles II, in 1660. But that is a blog for another day.