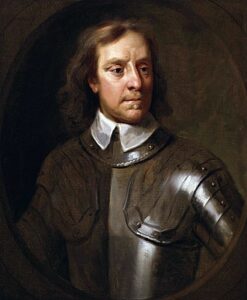 Last week I discussed how the Parliamentarian army gained ground in Ireland with the defection of Butler (Ormonde) in Dublin and Inchiquin in Cork to their side in 1647. This was of course because Charles I had been defeated in the English Civil War.

The Confederates had now lost their advantage in Ireland.

But as I have previously discussed, Charles I escaped captivity in 1647 and formed an alliance with the Scots to oppose the English “Long Parliament” forces.

This caused Ormonde and Inchiquin to switch sides back to Royalist cause. Fickle complexities.

After a series of defeats by the Parliamentarian army in 1647, and the merciless massacre of over a thousand clerics and citizens in the burning of Cashel by Royalist Inchiquin, the Confederates were forced to join the Royalists under the command of Ormonde.

If this wasn’t confusing enough, a brief civil war broke out among the Confederates because O’Neill and Rinuccini, the Papal Nuncio refused to accept the Ormonde Royalist alliance, in part because of the Cashel burning travesty. Rinuccini threatened to excommunicate anyone who agreed to the alliance.

This internal war was short lived as an attempt by O’Neill to defeat Ormonde was thwarted in 1648. Once again, this time through infighting, the Confederates had lost the opportunity to strengthen their positi0on in Ireland while the English were occupied with the second civil war in England which the Royalists under Charles I lost. After Charles was executed in January 1649, the Parliament had free reign.

Ormonde tried to retake Dublin from the parliamentarians in the summer of 1649 and was routed in the Battle of Rathmines.

What came next was the onslaught of Oliver Cromwell and his parliamentary New Model Army. He was able to succeed in three years in conquering the entire island of Ireland, because his troops were well supplied, well equipped (especially with artillery), and well trained. Moreover, he had a huge supply of men, money, and logistics to fund the campaign.

By 1651, the remaining Royalist/Irish forces were hemmed into an area west of the River Shannon, holding only the fortified cities of Limerick and Galway and an enclave in County Kerry, under Donagh MacCarthy, Viscount Muskerry.

The New Model Army besieged Limerick while the northern Parliamentarian army under Charles Coote besieged Galway. Muskerry made an attempt to relieve Limerick, marching north from Kerry, and was routed by Roger Boyle at the battle of Knocknaclashy Boyle, Lord Broghill had captured his McCarthy Blarney Castle four years earlier. Limerick and Galway were too well defended to be taken by storm and were blockaded until hunger and disease forced them to surrender, Limerick in 1651, Galway in 1652.

Ireland was plagued with small scale violence for the remainder of the 1650s, partly due to the 1652 Act for the Settlement of Ireland. This created a class of landless former farmers and dramatically altered patterns of Irish land holding, the percentage owned by Protestants increasing from 41% to 78% over the period 1641 to 1660.

The Confederate Wars were over, and conditions for the Catholic Irish were significantly the worse as a result of them.  Between 200,000 and 600,000 Irish deaths were attributed to the wars and resulting famine.

The Irish were defeated but, as we will see, not vanquished forever.