The Second Desmond Rebellion – Irish to the Core Weekly Blog 41 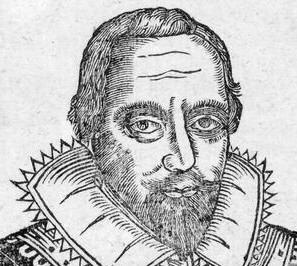 Last week I discussed the First Desmond Rebellion (1569 -73) led by Desmond Captain General James Fitzmaurice while his Earl, Gerald Fitzgerald and his brother John were imprisoned by the British.

When the war ended, the Fitzgeralds were released from prison but restricted in land holdings and denied the ability to raise an army. Military commander James Fitzmaurice, now unemployed and a bitter Catholic, fled to Catholic Europe in 1575 to garner support for a new rebellion.

In 1570, Pope Pius V‘s papal bull Regnans in Excelsis excommunicated Queen Elizabeth I, calling her and her officials heretics. This continued to fuel Catholic Ireland to reject the British and their Protestantism.

Fitzmaurice found no support initially in France and Spain, so he went to the Pope who was sympathetic to the Irish cause. After an unsuccessful diversion where the Papal military support was diverted to Morrocco in 1578, James got his wish.

In June 1579, supported by a small force of Spanish and Italian troops Maurice landed at Dingle’s Smerwick Harbour with 8 ships. They used an old fort there to establish their defenses and Maurice paraded the Papal banner and proclaimed a holy war sanctioned by letters from Pope Gregory. Having challenged the legitimacy of the British Tudor dynasty, the outcome would not, like the first rebellion be a negotiated peace.

John Fitzgerald joined Maurice .in their religious and Gaelic cause. Together they commanded 3000 men, while the Earl, Gerald remained neutral. Britain cut off the sea routes to eliminate the possibility for additional support from Europe or escape by sea of the rebels.

Maurice led a sortie to Connacht to provoke rebellion there and was killed in a skirmish, leaving John Fitzgerald to lead the rebellion. Nicolas Malby led the Crown forces and once again employed brutal slash and burn tactics in Munster. Gerald’s castle at Askeaton was attacked which brought the Earl into the rebellion. He assumed command. The McCarthy Mor Clan joined the Geraldines.

In early 1680, Sir George Carew was sent to Ireland to subdue the Fitzgeralds and lay waste to their lands and people. He was supported by the Earl of Ormonde, the MacCarthaigh Reaghs, the O’Driscolls and the O’Neills of Tyrone, all of whom had fought for territory with the Geraldines over the ages.

There was another rebellion by the O’Byrne Clan against British rule and religion that sprang up in the Wicklow Mountains of southeastern Ireland, much closer to Dublin that diluted the Crown’s response in Munster.

The British rounded up dissidents like Dermot O’Hurley the Catholic Bishop of Cashel and executed them in Dublin. These executions of religious martyrs heightened the long-term alienation of the Gaelic from the English in Ireland.

In September 1580, a squadron of Spanish ships broke the British blockade and landed reinforcements at Smerwick. They had arms for several thousand men sent from Spanish King Philip II and paid for by Pope Gregory. John Fitzgerald was isolated from these forces by Ormonde.

In October Grey de Wilton with 4000 British troops lay siege to Smerwick. British ships used heavy artillery to bombard the improvised defenses. Three days later the Italian and Spanish forces surrendered, entering into a treaty with de Wilton. He broke the treaty and ordered the massacre of all his adversaries, men women and children. They were beheaded and their bodies were thrown into the sea.

Explorer and writer Sir Walter Raleigh, who himself was later executed by order of Queen Bess, was a British soldier who participated in the slaughter at Smerwick. This was a charge brought against him during his subsequent trial.

After Smerwick, the tide turned against the rebels. Although they continued guerrilla attacks for the next two years in the hills, the British under Grey laid waste to the Desmond dynasty, lands, and people so brutally that even Queen Bess could not stomach the atrocities, recalling him in 1582. 30,000 people had died by murder or famine in Munster.

In early 1582, John Fitzgerald was killed. The end came in 1583 when the Earl, Gerald was killed near Tralee. Owen Moriarty received 1,000 pounds of silver for delivering the Earl’s head to Queen Bess in London. His body was displayed on the walls of Cork City.

Thus began the brutality and inhumanity of British rule in Ireland.